Our state legislative bodies are in place to represent their respective constituencies, to uphold the democratic process, and work towards the needs of their citizens. What happens when a group that does not constitute represented individuals or work towards their interests in any way undermines this relationship between the people and their government? Recently, waves of bills have been introduced and passed in state legislatures that seem to contradict democracy rather than promote it: laws that cut off collective bargaining rights, roll back protective environmental regulations on businesses, and restrict voting rights, have all appeared in state after state. And if you suspect that such legislation was not drafted by your state lawmakers, you would be right: these bills are flooding in straight from the desks of corporate lobbyists of the American Legislative Exchange Council, or ALEC. 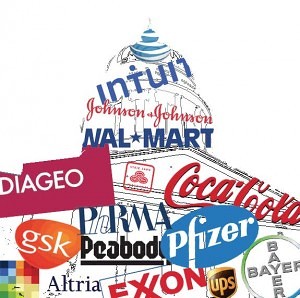 ALEC is a tax-exempt 501(c)3 “nonprofit” organization that works to promote corporate interests in public policy and espouses principles of free markets, limited government, and federalism . Based in Washington D.C., ALEC is primarily a membership organization composed of hundreds of state legislators, and representatives of large corporations such as ExxonMobil, Koch Industries, and Peabody Energy. Though it claims to be non-partisan, it works almost exclusively through Republican legislators and pass laws ideologically similar to the beliefs of its 1970’s founders- Henry Hyde, Lou Barnett, and Paul Weyrich, known as the godfather of modern conservatism and founder of the Heritage Foundation, the Moral Majority, and other ultra-conservative groups.

ALEC’s 990 form from 2010: http://www.commoncause.org/issues/more-democracy-reforms/alec/whistleblower-complaint/supplemental-complaint/EXHIBIT-22.PDF 990 forms are IRS forms that non-profit organizations must fill out annually detailing their mission, programs, and finances.

Membership is highly selective and partisan, and is only offered to Republican legislators at a bargain of $100 biannually. ALEC does not publicly disclose the names of corporate members which account for 80% of ALEC’s funding (about 6 million dollars annually ). Unfortunately, in order to access a large majority of the information pertinent to documenting ALEC’s influence and model legislation, one must be a paying member.

In another direct strike to open government, it appears that one must be a member of ALEC to know who- and more specifically which of our elected representatives- are ALEC members. Legislators are often decidedly elusive when asked about involvement in ALEC. Recently representative Tom McMillan of Michigan answered “it doesn’t matter” when asked about his ties to the secretive corporate organization, though evidence from his recent voting record would suggest otherwise. One of the few known members of ALEC is Russell Pierce, an Arizona Senator responsible for pushing the recent unconstitutional Arizona anti-immigration bill, SB 1070, and who also has obscure connections to neo-Nazi separatist groups. Pierce was present at the ALEC gathering where SB 1070 was drafted word for word. Locally, ALEC recently met with Oregon legislators, though information on which representatives are actually members remains evasive. Keep your eyes peeled for legislation that exploits workers, health and safety, and the environment as ALEC continues to attempt to purchase legislation for its extremely wealthy corporate puppeteers.

To further demonstrate the power of the corporations and related groups that constitute ALEC:

*Shook Hardy is a large law firm based in Kansas City, MO that has represented many pharmaceutical companies as well as other corporations such as Microsoft, Sprint, Ford and most of the major Tobacco companies.

What does ALEC do and why should you care?

ALEC’s main function is to draft “model bills” and to “educate” legislators about the issues it wishes to promote. These bought-and-paid-for-bills often re-emerge word-for-word as law. Past examples include: many state and federal laws and draft regulations that gravely roll-back environmental protections, the Animal Enterprise Terrorism Act, laws limiting rights to collective bargaining, and anti-immigration laws such as SB 1070 in Arizona. CuÃ©ntame, a public interest organization, released a YouTube video explaining the connection between ALEC and the law (https://www.youtube.com/watch?v=vuGE1VxVsYo). Recently, around 1,000 ALEC bills have been introduced annually into state legislative bodies with around 200 of these bills becoming law . In 2010, 115 of 826 bills proposed passed in state legislative bodies . This number is likely to grow with the increase of Republican legislators elected in 2010. The laws are usually introduced in waves in the hope of overwhelming legislative staff and public interest watchdog groups. A recent example of this includes the upsurge in ALEC-influenced bills introduced in Tennessee (http://www.tennessean.com/article/20110515/NEWS/305150011/Outside-groups-write-some-TN-s-most-controversial-legislation). The bills introduced in rapid succession included a “call to repeal the federal health care law, laws to weaken unions, and a divisive bill to ban Islamic Sharia law which even its sponsors admitted to not reading before filing.”

ALEC is able to do this ghostwriting because it acts under the veil of “organizing to educate lawmakers about public policy issues.” Most of these bills are written at the tri-annual ALEC conferences, gatherings where the group sponsors golf tournaments and lavish parties at night.

Legislators can attend these events without acknowledging their corporate sponsorship because they are hosted as ALEC events. If this were interpreted as lobbying, as it should be, ALEC would lose its status as a tax-exempt federally recognized non-profit group pursuant to Internal Revenue Service regulations.

Our legislative bodies are not supposed to gather in such a secretive and non-public manner, and are not supposed to be unduly influenced by corporate funding in the form of corporate campaign donations–yet ALEC leadership justifies this by arguing that “legislators…will ask questions much more freely at our meetings because they are not under the eyes of the press, the eyes of the voters. They’re just trying to learn a policy and understand it. ” Often times, this means that the head of a corporation with a vested interest in the passage of a bill in a state legislature will be present and heavily influential regarding the drafting of a “model bill” at an ALEC gathering. Pathetically, the “model bill” later reappears verbatim as law.

Recently, ALEC has been behind extreme and unconstitutional legislation, such as the aforementioned Arizona anti-immigrant bill that became known as SB 1070. The Corrections Corporation of America, the largest private prison company in the US and an ALEC member, were present at the ALEC meeting where the Arizona immigration bill was drafted . ALEC was also found to be a driving force in the recent betrayal of the people of Wisconsin by governor Scott Walker, as evidenced in a report by a respected University of Wisconsin- Madison professor, William Cronon . After writing a popular blog post exposing ALEC as central in the appearance of bills in the Wisconsin legislature (laws that limit democracy as opposed to alleviating fiscal challenges), the Republican Party of Wisconsin unabashedly demanded to inspect records of Professor Cronon, specifically any of his e-mails from 2011 related to the governor or ALEC. ALEC has also produced a guide for state legislators on how to try to repeal the recent federal health care bill signed by President Obama .

Why is this bad for democracy?

ALEC undermines the public interest in what is supposedly a democratic country where all people are created equal. That is, until someone bribes legislation to the contrary in the interest of a group representing the nation’s largest corporations. ALEC buys the influence of our legislators and uses them to push forward laws that further the interests of corporate America, and in doing so, strips “we the people” of the constitutional freedoms that make up our democracy.

ALEC is a group promoting the interests of large corporations, not the people. This group consistently works under the radar of the media and journalists and has received little public review or criticism considering the gravity of its actions. ALEC uses shady tactics, including only allowing high paying organizations to be members or to access its model bills, not allowing interviews, or disclosing which legislators are members, and keeping much of its “work” behind closed doors. ALEC essentially lobbies through the guise of “educating” legislators on “best practices.” This “education” also takes the form of lavish ALEC gatherings where legislators get “scholarships” from unknown sources. These tactics are impermissible for a tax-exempt organization, which adds further concern as to why the IRS has not investigated these blatant violations. (You can bet if a lefty non-profit engaged in these same actions they would be investigated, fined and shut down.)

The agenda of ALEC also undermines the rights of real people in its legislative goals, in which it:

ALEC is a highly influential group in our government and the people deserve to know how it is shaping our laws and how to contest the presence of corporations in private back rooms with our elected representatives. ALEC effectively constitutes the antithesis of democracy. It is contrary to buy or bribe representatives to legislate laws intended to benefit a particular industry or corporation without disclosure or checks and balances. Why are non-ALEC legislators not screaming and yelling about this? Why don’t we as constituents know more about ALEC?

What can you do?

First, you can ask your elected representatives if they are ALEC members and implore them to consider the needs of their constituency above those of a giant corporate interest group. Below is a template letter to send your legislator to find out more about ALEC in your state and to tell them that you oppose ALEC and its bills supporting industry and think that it is bad for democracy.

If there is a bill pending in your state that you know or suspect has ALEC behind it, send a letter to the editor of your local newspaper or other local news publication to let the public know who ALEC is and why its bills should not be supported. Below is a template letter to the editor to start, just add the details of the specific bill that you are writing about.

ALEC’s 38th annual meeting is being held at the Marriott in New Orleans from August 3rd-6th. Press is screened through ALEC and previous registration is required. For more details, visit: http://www.alec.org/AM/Template.cfm?Section=media.