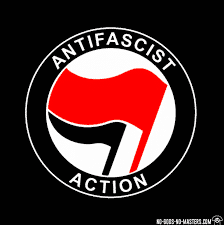 Last week in San Francisco, Attorney Cooper Brinson of the CLDC, along with co-counsel James Wheaton of the First Amendment Project, argued that a subpoena issued by OG Analytical (a cannabis testing company based in Eugene, Oregon) and Bethany Sherman (CEO of OG Analytical) should be quashed by the court. The subpoena sought the anonymous identities of the activists that administer the Eugene Antifa website as well as information about who visited the website.

In November of 2017, Eugene Antifa posted an article that exposed the links of Sherman and her romantic partner (and apparent former employee and member of the LLC), Matthew Combs, to neo-Nazi and white-supremacist activity. OG Analytical was subsequently driven out of business by a community-inspired boycott.

In the hearing on the Motion to Quash, Brinson and co-counsel argued that the court’s enforcement of the subpoena would violate the First Amendment rights of the authors to engage in anonymous political speech. As such, he argued that the plaintiffs were required to make some showing their defamation claims had merit. Brinson argued that plaintiffs completely failed in making this showing. He also argued that unmaksing the anonymous authors could put the authors at risk of violence from neo-Nazis/white-supremacists/etc.

Judge Moore, of the San Francisco Superior Court, also heard information about Sherman’s connections to white supremacist and Neo-Nazi groups. Brinson noted that Ms. Sherman already admitted that the twitter account at issue was hers. The account featured tweets, re-tweets, and “likes” of various neo-Nazis, quotes from Nazis (a favorite seemed to be from former American Nazi Party president, George Lincoln Rockwell), swastika laden images, and even Sherman’s own twitter handle: “14th_Word” (and obvious reference to a Hitler-inspired phrase popularized by white-supremacist murderer David Lane). Sherman argued that the tweets and evidence in the article were simply taken out of context. However, at the hearing, counsel for Sherman and OG Analytical offered no context whatsoever.

The CLDC is optimistic about the court’s forthcoming decision. Brinson says that the lawsuit “represents the latest in far-fetched attempts by fascists to harass and target individuals who expose these fascists in our communities.” He added that the simple denial by Sherman that she is “not a neo-Nazi” is part of an increasing trend of the far-right to “rebrand” their white-supremacist politics and Nazi-sympathies as mere nationalism or “ethno-separatism.” He added, “We see this lawsuit for the farce that it is and we will continue fight it with every tool the legal system has to offer.”