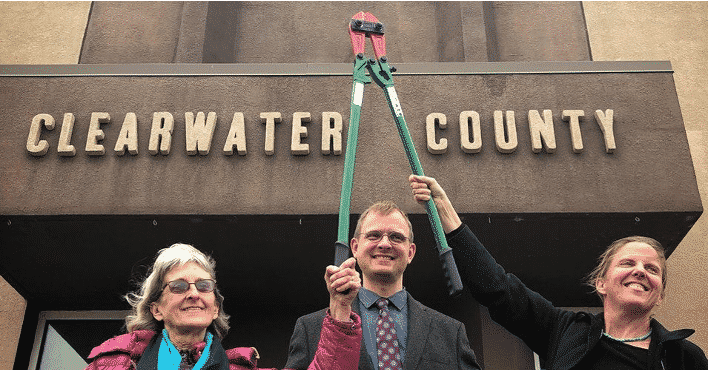 The Minnesota Valve Turners, Annette Klapstein, Emily Johnston, and Ben Joldersma created important precedent after the Minnesota Supreme Court affirmed their right to use the climate necessity defense as well. At trial in October 2018 they were acquitted of multiple felonies by the judge.

As we face ecological collapse, corporate profiteering, and outright authoritarianism emanating out from the executive branch of the U.S. government, more and more people are recognizing not just our right–but our responsibility–to challenge the broken systems that have brought us to the precipice of climate collapse. Some activists argue–and CLDC agrees–that sometimes you have to break the law: particularly when those laws are written, bought and paid for by the corporate industries that profit from the harms the law seeks to defend, and when ‘we the people’ have no other meaningful alternative available to us to prevent catastrophic and existential climate disaster. When these corrupt systems take away our ability to advocate for the rights of people and the planet, and when the threat to life is imminent and grave, jurors are given the power to balance the harms and decide whether the activist should be found guilty of a crime for acting in defense of their community and the environment we all need to live.

Once again, CLDC has your back by leading the legal fight to bring this compelling legal and ethical argument before both judges and juries, and we are winning. In addition to the Valve Turner cases that gained so much media attention, we also were the lead attorneys in the Extinction Rebellion Portland trial that, for the first time, successfully brought the “climate necessity” defense before a full jury. All charges were dismissed as a result. With these victories under our belt, CLDC is preparing to advance climate and human rights necessity defenses more broadly in order to forge a legal reckoning for the corporate and government crimes that threaten all of our futures. 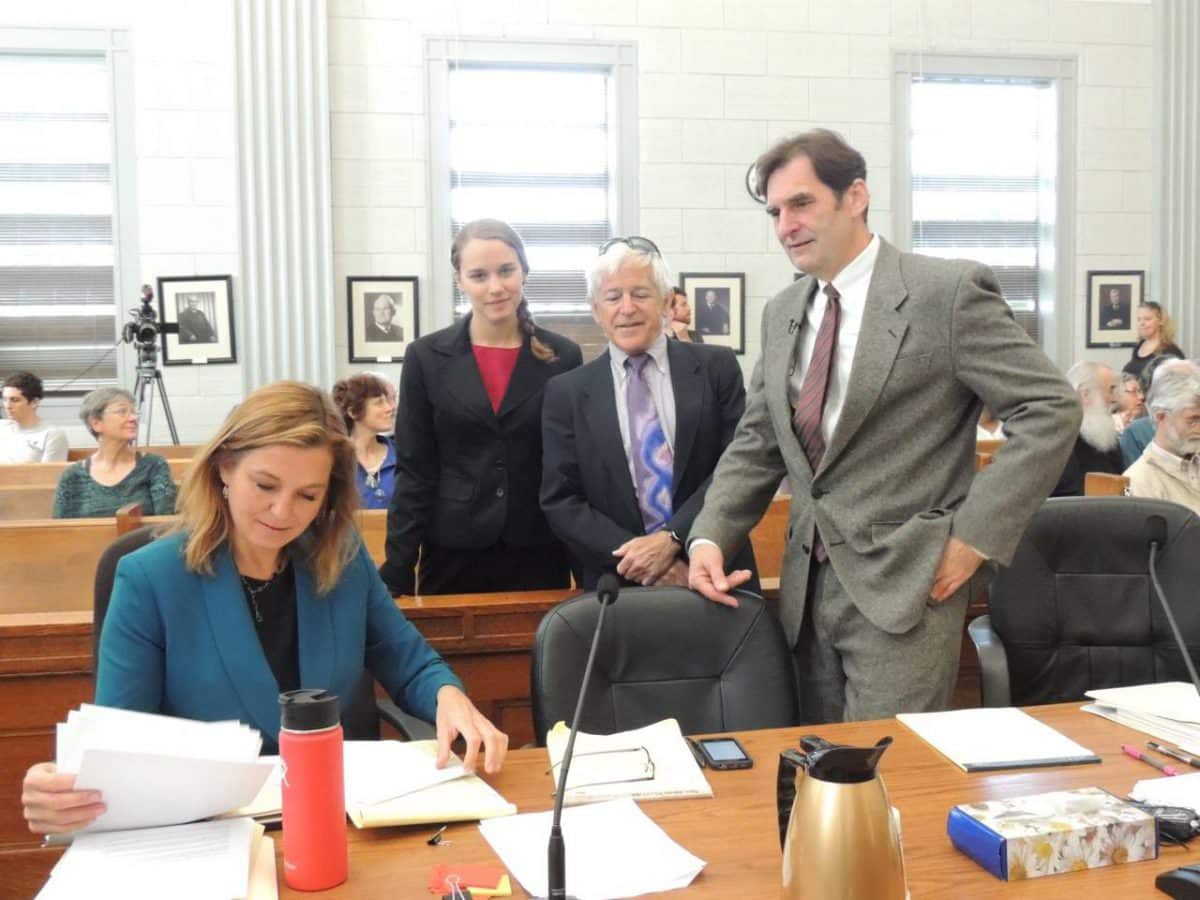 Although each state’s “necessity defense” or “choice of evils defense” is slightly different and must be reviewed for variations, each has similar elements.  Under Oregon law (ORS 161.200), “[A] defendant seeking to advance the choice-of-evils defense” must “present evidence of three cumulative elements: ‘(1) his conduct was necessary to avoid a threatened injury; (2) the threatened injury was imminent; and (3) it was reasonable for him to believe that the need to avoid that injury was greater than the need to avoid the injury that * * * the statute that he was found to have violated, seeks to prevent.’”

The activists we have defended (and continue to defend) acted in response to the reality that our political, economic, and legal systems and institutions have failed on a systemic level. Under current law, corporations like Enbridge and Zenith are legally beholden to their corporate shareholders rather than the public interest. Therefore, they are by nature incapable of addressing the dire threat posed by the status quo operations of the fossil fuel industry. Litigation has proven equally inadequate to address the crisis, with the courts finding that the climate challenge is a “political question,” and therefore not something the courts can address. But the politicians and the current “democratic” system has also failed to stop the steady increase in greenhouse gas emissions and other environmental challenges, leaving climate activists with only direct action as a means of halting the relentless “progress” towards climate catastrophe.

The experts we bring to court have made clear that this threat is imminent, the direct action was necessary because of the failings of the other available means, and the belief in the need to take direct action to avoid that injury was reasonable.

On October 11, 2016, five brave climate activists closed valves on the four pipelines carrying tar sands oil into the United States from Canada. Tar sands oil is one of the dirtiest fossil fuels requiring intense environmental destruction, obscene amounts of fresh water, and undisclosed toxic chemicals to transport and refine it into a carbon-intense fuel.  This direct action shut down 15% of US crude oil imports for nearly a day, thereby reducing carbon emissions—a display of the magnitude of the shifts that are necessary to avoid complete climate collapse. The valve turners filmed their actions and planned to use their cases to educate jurors and assert the climate necessity defense at their trials.  They intended to argue that their actions were not only necessary, but morally and legally justified, in order to avoid the catastrophic harm caused to humanity and all life on Earth by unprecedented climactic disruption. 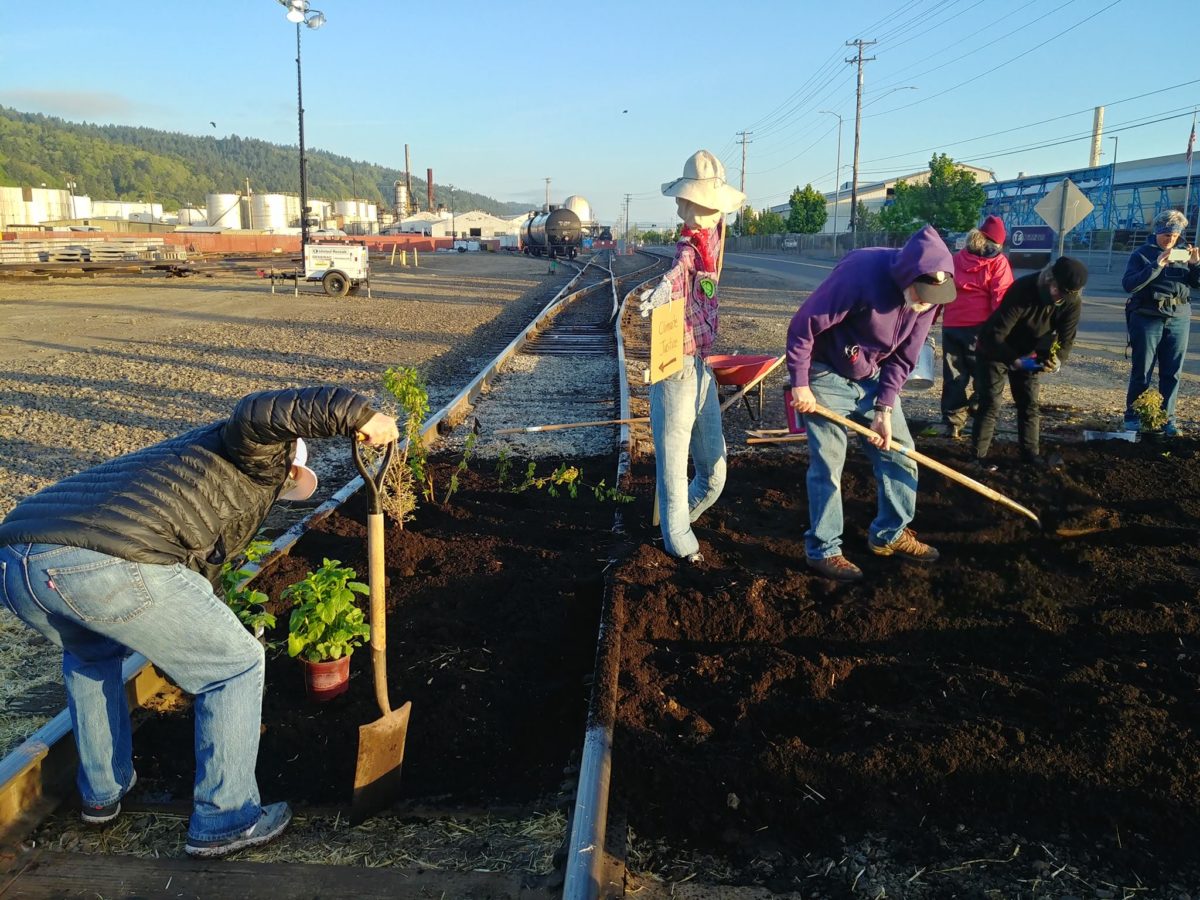 The Valve Turners were charged with felonies including Sabotage, Burglary, Criminal Mischief and other critical energy infrastructure crimes. All of their cases except Ken’s have made their way through the court system, by and large setting positive precedent for the necessity defense that can be used by activists for many years to come.  In almost all of the Valve Turner trials, multiple jurors came up to us and our clients to thank us for educating them about climate change and for trying to do the right thing—although they also mentioned that they’d prefer we didn’t come back to their county next time…

“All in all, I think the Valve Turner cases were an excellent example of activists and lawyers working together to use the legal system and court rooms to advance climate advocacy, outreach and education in rural areas where fossil fuel industries prevail and activists rarely set foot in.  We kept activists out of jail (except for Michael), we prevented them from having to pay exorbitant restitution amounts to the pipeline companies, and we created state-wide precedent in Washington and Minnesota.  Pretty darn good for five activists.” Lauren Regan, lead attorney in the cases said.

MINNESOTA:  The trial judge granted our demand to use the climate necessity defense, the State prosecutor appealed the decision, the Court of Appeals ruled in our favor, and they appealed again resulting in a July 2018 Minnesota Supreme Court ruling that the defendants and the climate crisis met the requirements — an “emergency situation [], where peril is imminent and the defendant has no other option but to violate the law.” This ruling thus created state-wide binding precedent regarding the standards that must be applied when an activist asserts the necessity defense.  At trial in October 2018, the trial judge acquitted all of them of multiple felonies after defense counsel made a motion for judgment of acquittal after the State rested its case.  Although rarely granted, the trial Judge read from a pre-written document and granted the defense motion ruling that the State had not met their burden of proof as to the charges.  Although an acquittal in a direct action case involving multiple felonies is always a major victory, the ruling forestalled our ability to put on our climate necessity defense including the expert testimony that had been prepared.

MONTANA:  Although the trial judge denied Leonard Higgins the “compulsion defense” (Montana does not have a necessity defense per se), the judge imposed no fines or jail time, and only a fraction of the huge restitution money Enbridge had requested.  The appellate court affirmed the trial court’s denial of the compulsion defense.

WASHINGTON:  After the trial court denied the climate necessity defense for Valve Turner Ken Ward, we went to trial, which resulted in a hung jury (meaning not all jurors could agree to convict). The State prosecutor elected to re-prosecute Ken a second time. We again asserted the climate necessity defense, and again the trial judge denied it. We went to trial and again the jury could not convict on the sabotage charge, but did find him guilty of burglary.  We appealed to the Washington Court of Appeals, and in April 2019 Ward’s conviction for burglary was reversed and remanded by the Appellate Court. The Court ruled that the trial judge had violated Ward’s Sixth Amendment rights by refusing to allow him to present evidence of the necessity of his actions to a jury of his peers, including expert testimony from climate scientists and civil disobedience experts. The State then sought further review by the Washington Supreme Court, but in September 2019 the Supreme Court denied the request, establishing Washington State precedent recognizing the necessity defense for direct action to prevent catastrophic climate change. Unbelievably, the Skagit County District Attorney has decided to use tax dollars to prosecute Ken a third time—this time with a full climate necessity defense allowed. We look forward to presenting this case whenever the global COVID 19 pandemic allows jury trials again—or when the District Attorney removes himself from the back pocket of Kinder Morgan (the tar sands oil pipeline corporation). 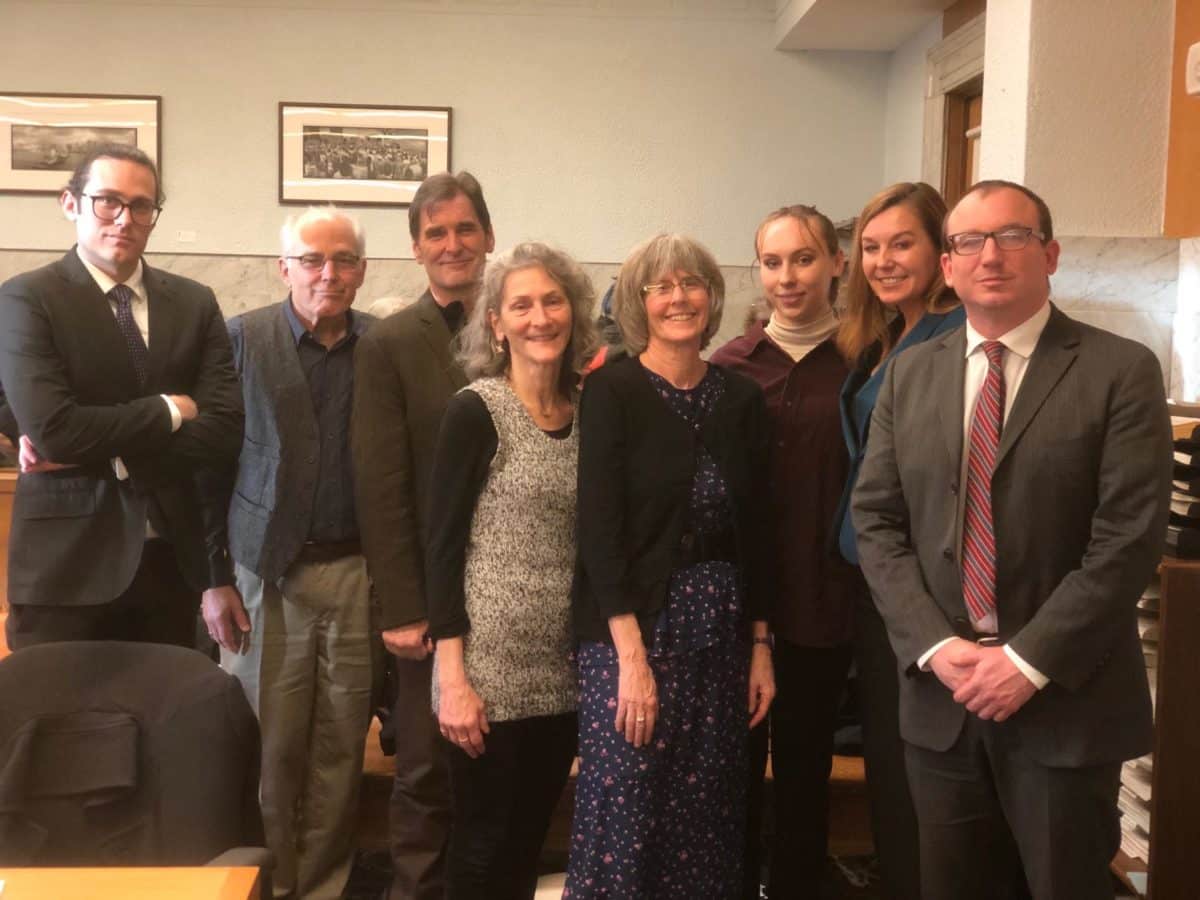 In March 2020, CLDC broke another barrier when we finally argued the climate necessity defense in Oregon before a jury on behalf of the five “Extinction Rebellion” Portland activists.

The defendants had been charged with Trespassing in the First Degree, due to their role in an April 2019 action intended to halt the essential role of Zenith Energy (a Texas corporation) in the global facilitation and transport of fossil fuels, specifically, tar sands oil — one of the world’s most egregious source of carbon emissions and climate change. These activists had planted a garden on the tracks, blocking the shipment of these climate-killing oils, similar to the Valve Turners halting the flow of oil.

For the first time in U.S. history (to our knowledge) we put on expert testimony, defendant testimony, and a jury was given the “choice of evils” climate necessity jury instruction before it deliberated. Jurors ended their deliberation with a hung jury (5 out of 6 voted to acquit the climate defenders) after hearing testimony from expert witnesses on climate science, policy, and the efficacy of direct action to make change, as well as the heartfelt testimony of the defendants themselves. It was gratifying that 5 out of 6 members of the jury recognized that the harm to the climate was more severe than the harm from blocking the train tracks and that the climate defenders’ actions were in defense of the public interest, justifying a not guilty verdict under the law.

These arguments and ensuing victories have expanded the law regarding the necessity defense and will be important tools for activists for many years to come. With catastrophic climate change looming, it is time for the people to be able to decide who the real criminals are: the greedy corporate profiteers poisoning the water and destroying the planet or the regular people who are willing to stand up to defend our communities. The necessity defense places that power in the hands of jurors, where it belongs.

How You Can Help

For more than 16 years we have been defending frontline activists across the country!
The demand for free legal support and representation will continue to grow.
Donate today to have our back so we can continue to have yours!

Minnesota: We Are Trial Bound!