On May 31st, 2020, amidst growing nationwide protests for Black lives after the death of George Floyd at the hands of Minneapolis police officers, the City of Eugene Police Department used indiscriminate, brutal, and excessive force against local protesters, journalists, and even people sitting on their own porches, firing impact (rubber bullet/”foam”) and chemical (tear gas and pepper gas) munitions from the turrets of militarized vehicles (called BearCats) and implementing unconstitutional curfews. Among those whose rights they violated was Eugene Weekly journalist Henry Hudson, who was repeatedly shot with impact and chemical munitions despite clearly and repeatedly identifying himself as media.
CLDC is representing Mr. Houston in his civil rights case to hold City of Eugene decision makers and the EPD officers who shot or authorized shooting him accountable for this unconstitutional assault on the free press. You can read the press release and access the legal complaint HERE. 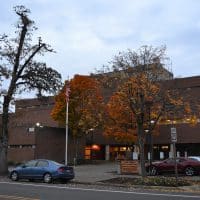 The CLDC filed a federal civil rights lawsuit on behalf of Angelo J. Fricano against Lane County, Corizon Health, Inc., and one individual for violating Mr. Fricano’s right to receive adequate medical and mental health care while incarcerated at the Lane County Adult Corrections Center. Mr. Fricano was arrested and jailed in the midst of a severe psychosis. He had no history of mental health issues. Mr. Fricano was held for 16 days in solitary confinement and the charges related to his arrest were ultimately dismissed. The lawsuit centers around the apparent unconstitutional policies, practices, and procedures of the County and Corizon that prevented Mr. Fricano from receiving adequate treatment. The case illustrates the perverse incentives for corporations like Corizon to cut costs and services in pursuit of profit. We hope Lane County and other municipalities will hesitate before inviting private corporations to perform a task that is properly reserved to an entity without a profit motive. Read more about that case HERE.