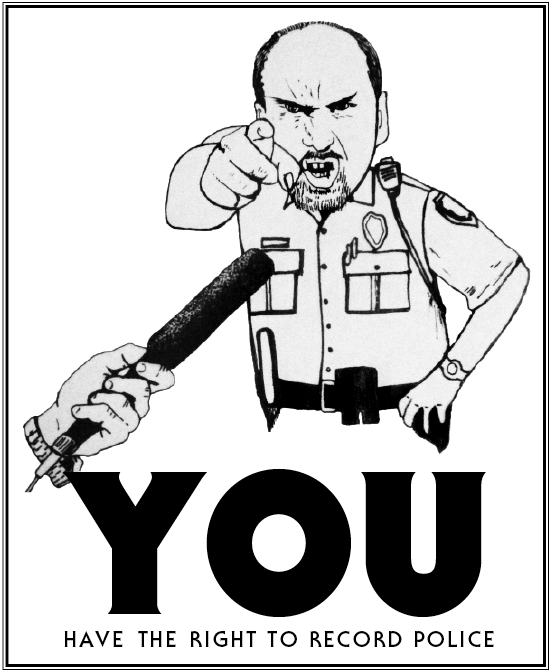 In a groundbreaking case, a federal court in Eugene, OR agreed with CLDC that police need probable cause or a warrant to search your camera.

Copwatching, sometimes called Police Watching, in its current incarnation is believed to have started in the early 1990’s in Berkeley, CA, but citizens have had their eye on cops throughout history. The group in Berkeley remains an authority in the area and they put together a handbook

Berkeley Copwatch has a list of resources to assist any potential Copwatcher. Other Copwatching groups exist in towns and cities across the United States and Canada, many of which have websites and databases of incidents. Copwatching groups are intended both to promote public safety and to ensure that police officers remain accountable for their actions. They are almost exclusively organized and operated by volunteers promoting citizen action.

Copwatching is somewhat less technical than Legal Observing and anyone can join a Copwatch group. Copwatchers are on the lookout for police brutality at all times, not just when a demonstration or protest is taking place. However, the goals of decreasing police brutality and keeping cops accountable for their actions against citizens are the same. They also practice careful documentation of any incidents.

Copwatchers also usually refrain from becoming physically involved in police-citizen altercations, but may use non-violent tactics to help assert the rights of a detained individual.

Resources and links for some of the more active Copwatch groups in the larger West Coast and Southwest cities can be found below.