It is with a heavy heart that we post some initial info about Daniel McGowan’s re-imprisonment. 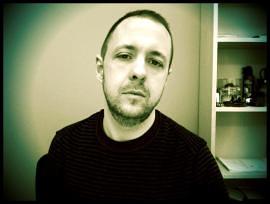 From Support For Daniel McGowan:

“Just when we thought it was over….
We have some bad news to report. This morning Daniel was taken into custody by federal marshals and is now at the federal detention center in Brooklyn getting processed.

We are still waiting to hear why this has occurred. Considering his exemplary behavior at the halfway house, approved weekend passes and the full-time job he started as soon as he was released back to the city this is all pretty insane. The Bureau of Prisons has proven to be cruel and vindictive time and time again.

Anyway, what YOU can do right now is write to Daniel and send your love! We don’t know how long he will be here, but there is a good chance it will be until his sentence officially ends on June 5.

Thanks for your continued support!”

There is also an article posted by NYC ABC, which you can read here.
http://denverabc.wordpress.com/2013/04/04/nyc-abc-update-on-daniel-mcgowans-reimprisonment/