Contempt of Court: Not Just A Feeling

Contempt of Court: Not Just A Feeling

CONTEMPT OF COURT: NOT JUST A FEELING

Part I of a Contempt Primer for Activists and Their Communities

*This is not intended as legal advice, but is general information. If you are facing criminal or civil contempt, you should contact a lawyer for formal legal advice.

Over the next two weeks, Sandra Freeman, Senior Staff Attorney, and our legal team will guide you through the issue of contempt power and what it means for activists and their communities. While seldom used, this charge is increasingly problematic.

Part I covers a historic example of contempt in a modern movement for liberation, what contempt powers are and who holds them, as well as civil contempt. Part II, publishing next week, will discuss summary contempt, criminal contempt, and contempt in relationship to grand jury resistance.

While contempt of court may seem like a procedural tool (procedures such as this are defined by Federal or State criminal or civil rules), it can function as an extension of state violence that is disproportionally meted out upon people of color, in addition to other targeted and marginalized communities. As with all forms of state violence, looking closely at examples in history can expose us to triggering and re-traumatizing stories or images. At CLDC we believe strongly that the focus should be on the strength of movements working towards liberation as well as what tools are available to continue to maintain the strength of those movements.  Knowledge is power. The case studies or historical examples included in this series have been chosen with the goal of balancing that desire along with the need to know the tools the state can weaponize against movements. 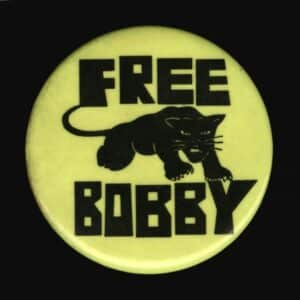 On October 29, 1969, Bobby Seale, one of the co-founders of the Black Panther Party, was publicly bound and gagged to a chair in a Chicago courtroom by order of a federal judge during the historic Chicago Eight trials. The judge justified this horrifying and extraordinary act by claiming that Bobby Seale was disrupting the courtroom by insisting on his right to have his attorney present and to be able to represent himself at trial. After the criminal case was dismissed a week later, the judge sentenced Mr. Seale to a total of four years for sixteen charges of criminal contempt, all related to Seale’s efforts to exercise and protect his rights during the trial. The findings were eventually reversed by a federal appeals court, in United States v. Seale, 461 F.2d 345 (1972), but the image and legacy of this punitive use of the contempt power endures.

What is “contempt of court?” Who can be “held in contempt?” What are your rights if you are threatened with contempt? CLDC is vocal about our defense and support of grand jury resisters who are held in contempt, and we offer educational resources specifically about contempt in the grand jury context. The events of the past two years (COVID-19, the murder of George Floyd, and the subsequent uprising) mean that many more people find themselves interacting with courts and decision-making bodies of all kinds that have the power to hold anyone who appears before them in contempt. We will be discussing the “contempt power,” various types of contempt procedures, and what you need to know in order to assert your rights and protect yourself and your communities during interactions with the courts.

All courts, legislative bodies like Congress, and government administrative or rulemaking bodies have the inherent power to punish disobedience of their orders. This authority is called the “contempt power.” The reasoning behind this is that the power to summarily jail and/or fine people and entities that appear before the court is necessary to maintain order in, and obedience to, the criminal and civil legal systems. This means any person or entity, including lawyers, who fails to follow a court’s or agency’s order may risk being held in contempt for defiance of the order. This can range from an individual, to a state hospital system, or even an entire United States Attorney’s Office.

We are sharing this information not to create fear about the extent of the judicial contempt power, which statistically is rare, but instead to simply inform people of the possible circumstances and consequences of failing to follow a government entity’s order. The contempt power, as well as the rights and procedures required to hold someone in contempt, vary depending on where the court is (jurisdiction), and that court’s specific rules of procedure. Each state court may have it’s own rules and laws, and the federal courts have a different set of laws and rules governing the use and procedures available to a Judge who threatens contempt of court (refusal to obey a court order). You could see an example of this variation by comparing Colo. R. Civ. P. 107 (Remedial & Punitive Sanctions for Contempt) with Va. Code § 18.2-456 (Summary Criminal Contempt Powers). In contempt of court, much of the power or discretion rests with the individual judge and how they see fit to exert their power as a judicial officer within the rules and procedures established for valid discretionary exercise of the contempt power. What this means for those facing charges of contempt is that the judge has an incredible amount of choice regarding when and how they do or do not wield this power.

What attorneys and judges refer to as “civil contempt of court” typically means a scenario where a party in a civil case deliberately defies a court’s order in a way that causes monetary damages to, or somehow harms the other party in the case. In these situations, the rules of court allow the harmed party to motion or ask the court to find the other party in contempt. See, e.g., Fed. R. Civ. P. 11; Colo. R. Civ. P. 107. The penalties for civil contempt can be remedial — remedying the harm or making the harmed party “whole” — or punitive — punishing the party in contempt.  A very common way people are held in civil contempt is in child support cases, for failure to comply with support orders. Another is ignoring subpoenas or discovery orders that the Court rules are lawful or valid. A subpoena is a type of document issued by a court. The subpoena commands a person or entity to do something like testify in a court hearing (called a subpoena ad testificandum) or provide documents, photos, videos, etc., to a court or one of the parties involved in a court case (called a subpoena duces tecum). Subpoenas can be issued to witnesses in any kind of case (not just the grand jury), and refusal to comply with a validly issued subpoena can be treated as contempt of court. The rules about when and how subpoenas are both “issued” and “served” are specific to each court and type of case (criminal or civil), and defiance of subpoenas can be treated as contempt of court no matter where the court or type of case.  In the civil litigation context, each side of the lawsuit may send discovery requests or demands for documents and records.  Often the parties disagree about what must be turned over to the other side and will take the dispute to a judge.  If the judge rules that a party must turn over the documents to the other side, and that side refuses to produce the documents, they may be found in civil contempt and/or can have their lawsuit dismissed if they are the plaintiff[1].

Part II will be published January 26th, 2022 and will cover summary contempt, criminal contempt, and contempt in relationship to grand jury resistance.