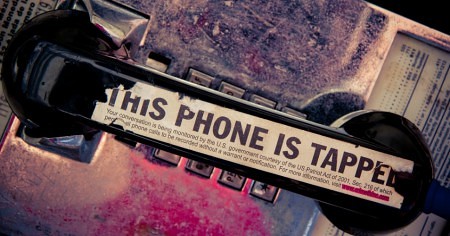 Last week was a busy week for privacy and free speech advocates. In New York, a federal appeals court issued a decision finding that the National Security Agency’s (NSA) telephone metadata collection program is illegal. In California, a federal court issued a preliminary injunction against a San Diego jail policy allowing “postcards only” for inmates. In Washington D.C., a federal court held that conducting invasive, forensic searches of laptops seized at airports is illegal.

First, in ACLU v Clapper, the federal Second Circuit Court of Appeals in New York addressed the NSA’s collection of telephone metadata. The NSA collects in bulk “on an ongoing daily basis” the metadata associated with telephone calls made by and to Americans, and aggregates those metadata into a repository or data bank that can later be queried by law enforcement agencies. The metadata includes the length of a call, the phone number from which the call was made, and the phone number called, and can be used to determine the caller’s general location as well. The appeals court held that “[t]he more metadata the government collects and analyzes . . . the greater the capacity for such metadata to reveal ever more private and previously unascertainable information about individuals.”

The NSA argued that this spy program was authorized by amendments to the Foreign Intelligence Surveillance Act of 1978 (FISA), found in Section 215 of the PATRIOT ACT, and allowed by orders of a special secret court, the Foreign Intelligence Surveillance Court (FISA Court), which issues orders that allow government spying operations. Americans first learned about the telephone metadata program when the British newspaper The Guardian published a secret FISA Court order leaked by former government contractor Edward Snowden. The order required Verizon to produce to the NSA all call detail records, every day, on all telephone calls made through its systems or using its services where one or both ends of the call are located in the United States. After the order was leaked by Snowden, the government acknowledged that it was part of a broader program of bulk collection of telephone metadata from other telecommunications providers carried out pursuant to Section 215 of the PATRIOT Act since at least May 2006.

The appeals court noted that “[t]he records demanded are not those of suspects under investigation . . . [and] they extend to every record that exists, and indeed to records that do not yet exist . . . .” The appeals court found that this NSA stockpiling of a “vast trove of records of metadata concerning the financial transactions or telephone calls of ordinary Americans to be held in reserve in a data bank, to be searched if and when at some hypothetical future time the records might become relevant to a criminal investigation” was “an unprecedented contraction of the privacy expectations of all Americans.” In other words, even the PATRIOT Act does not allow this level of government spying on the public. Because the court found the program had not been authorized under the PATRIOT Act, it did not address the constitutional arguments against the program. The court did not end the program, however, but instead remanded the case back to the district court to determine whether to issue a preliminary injunction against the program.

Second, in Prison Legal News v. San Diego, a federal court in California addressed a jail’s policy of rejecting all mail sent to inmates in envelopes. The jail only accepted correspondence to inmates on postcards, and returned all letters sent in envelopes other than legal mail. Prison Legal News, a publisher and distributor of legal news and analysis for prisoners, challenged the jail’s policy because the jail would not allow inmates to receive the organization’s monthly journal.

Just as four other federal courts Washington, Oregon, and California had done previously, the court rejected the jail’s “postcard only” policy as unconstitutional in violation of the First Amendment. The court held that “the postcard-only policy regulates the form of correspondence to such an extent as to severely limit the dissemination of ideas and information. By limiting correspondence to a postcard or one-page email, the County jails’ postcard-only mail policy has effectively truncated the press and public’s ability to disseminate and exchange meaningful information on issues of public concern.” The court issued a preliminary injunction against any further implementation of the policy.

Third, in U.S. v. Kim, a federal court in Washington D.C. addressed a case in which a law enforcement agent stopped a defendant as he was boarding a plane in LA and took his laptop computer without a warrant. The agent then sent the laptop to another law enforcement in San Diego for a “border search of the laptop.” In San Diego, the agent made a complete duplicate copy of the computer’s hard drive. After indexing and search the hard drive for keywords, the first agent spent several days reviewing the computer files. After the agents had completed their search, they applied for and received a search warrant.

In general, since the 1970’s, border searches have been considered to be a narrow exception to the Fourth Amendment’s requirement for a search warrant. This doctrine applies not only to physical borders, but also to ports of entry such as airports. The reasoning behind this exception is that a sovereign nation has a right to protect itself from people entering the country who may pose some danger. However, even at the border, privacy rights are not eliminated completely, and searches must still be evaluated for reasonableness. While a border agent may generally undertake a manual search of a computer without a warrant, undertaking a more in depth “forensic” type of search requires some suspicion of criminal activity. In Kim, the court ultimately held that seizing the laptop as the defendant was leaving the country and sending it somewhere to copy and analyze was unreasonable because it was too invasive and disconnected from the reasons underlying the border search exception. Because the search was not supported by suspicion of a crime, the court found that the search violated the law.