Greetings from the frigid plains of Oceti Sakowin. I’m at camp today and while the temperature is 23 below zero, the sun is shining and the wind is biting. The first lungful of air I took in made me cough for a minute as I looked around at the much smaller camp. Wow. Redefines bitter cold….Regardless, it’s important for me to be here this week for many reasons. First, as one of the attorneys litigating the federal class action civil rights case against Morton County and other cops who tortured and violated the rights of water protectors on November 20th, I am here to talk with witnesses, collect evidence, and update the camps about a case that has been filed to protect them and all other activists from future police abuse. I am also here to provide support to the almost 700 criminal cases currently pending against water protectors in the State courts and provide support to the amazing volunteers organizing on their behalf. The court just “canceled” hundreds of court cases without explaining why or providing new court dates to the water protectors who often travel great distances to appear in court as required. The court system continues to be dysfunctional as it attempts to wrestle with this huge influx of cases—many of them resulting from wrongful arrests and trumped up charges filed by an over-zealous and deranged prosecutor who appears to have DAPL oil dripping from his forked tongue (how’s that for descriptive language Mr. Erikson?). See http://www.newyorker.com/news/news-desk/people-arrested-at-standing-rock-protests-fight-for-their-legal-rights. 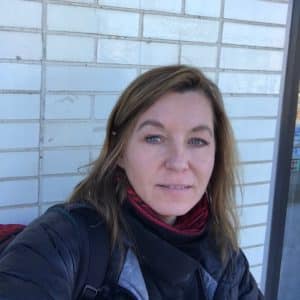 While DAPL is not currently allowed to continue their destruction[1] of the planet, many water protectors are using this time to assess and regroup. We all recognize that there will likely be a “round 2” in the future as Drumpf and his henchmen begin to beat their war drums against the environment, communities of color, women, and anything that might stand in the way of corporate profiteers and, of course, money. Evaluating what went well, what can be improved, and how to strengthen the movement of water keepers who will likely face even more repression as they defend water and the earth are of the upmost importance.

The State and corporations including DAPL are also using this time. Law enforcement now has time to focus on a number of “unsolved” crimes that occurred in defense of water, sacred sites and tribal sovereignty. They continue to use Facebook as a primary source of intelligence– using videos posted by alleged well-meaning people—despite the fact that the video potentially criminally incriminated fellow water protectors. Facebook’s facial recognition features makes law enforcement’s job easier to identify and locate individuals shown in the videos and arrest warrants have been issued for many water protectors.

In addition to electronic monitoring, the federal government has also begun using their grand jury powers to investigate water protectors. Currently, instead of investigating law enforcement’s illegal and excessive force against our client Sophia Wilansky2, they are allegedly investigating HER. The investigation follows the baseless propaganda from Morton Co. Sheriff’s that Sophia somehow caused the explosion that nearly blew her arm off and endangered her life. The situation is eerily similar to the well-known Judi Bari case. In that instance, forest and labor organizer Judi Bari was blown up by a pipe bomb planted in her car while organizing Redwood Summer in the 90’s. The FBI immediately targeted her and accused her of blowing herself up while transporting a bomb. A decade later, her federal civil rights lawsuit exonerated her and proved that the FBI and their allies had attempted to scapegoat this amazing female activist for her effective activism[3].

Over 20 years later, we find ourselves in a similar situation: female organizer being scapegoated for crimes the police should be jailed for in an attempt to falsely portray nonviolent water protectors as violent terrorists. The current grand jury investigation also serves as a convenient excuse to target and persecute innocent Native American water protectors by sending feds out to attempt “knock and talks” as well as serve them with grand jury subpoenas. At least one indigenous water protector has been forced to appear before the federal grand jury in Bismarck. As usual, the feds told him that if he wanted to sit down with agents and answer questions he could avoid the grand jury appearance. He refused to cooperate. The grand jury appearance has been postponed twice, the last postponement was because he asserted his 5th Amendment rights and refused to cooperate and testify for the State. It is important to remind everyone that it is critical to get lawyered up as soon as a subpoena is served. For more information on grand juries, please review and study the CLDC grand jury training here.

Another recent development along these lines: a water protector was contacted at his home by an Indiana State Police criminal intelligence cop (infamous for going after “extremist groups” and ‘anarchists’). The cop attempted to question him and said he could “help.” It’s also worth reminding people—you have the constitutional right to refuse to talk to police or agents of any kind. IF YOU ARE NOT BEING DETAINED UNDER SUSPICION THAT YOU COMMITTED A CRIME, YOU DO NOT HAVE TO SPEAK A SINGLE WORD TO THE COPS and can tell them to leave, or you can walk away. You don’t even have to answer your door. You should never answer any questions without a lawyer present to advise you and witness the questions asked of you by the cops/State (otherwise it is your word against the cops word which is never a safe position to be in). Other water protectors have had the experience of being jailed for various reasons and, while in custody, they were visited in a jail cell and interrogated by the feds. YOU DO NOT HAVE TO SPEAK TO COPS/FEDS/AGENTS UNDER THESE CIRCUMSTANCES EITHER. And you definitely should not talk to cops/feds/agents under these circumstances especially without a lawyer present. If you answer and provide them information, they can use this information against you, your community, or your movement. If you lie to them, or don’t tell the complete truth, you have now committed a serious crime which puts you at their mercy and increases their suspicion toward you and others you may think you are protecting.

Also worth mentioning—cops are allowed to lie to you. They can tell you that you are under investigation, that they are going to charge you or someone you love with a serious crime, that they have all the evidence in the world against you, and none of it may be true. Simply respond by saying those magic words: I want to remain silent and I want a lawyer. Once you say these words, the State must stop questioning you. If they violate your constitutional rights by attempting to continue questioning you, your response may not be used against you in court. But of course, and more importantly, do not respond. Do not say anything to them other than repeating your intention to remain silent. This is a constitutional right that cannot be used to prove you are guilty of anything. Remain silent. It can save lives.

Injuring or attempting to kill activists with “less lethal” weaponry, convening grand juries, conducting intimidating knock and talks, electronic surveillance, interrogations, and incarcerations are all part of the usual arsenal of tactics used by the State against dissidents. It should not be surprising that activists who successfully stopped a rich and powerful oil corporation from completing it’s despicable environmentally unjust pipeline would then be targeted by the State beholden to those rich and powerful corporations. We must be prepared for these battles with knowledge, strength and solidarity within our movements, and be aware that the State often strikes after people have left camp and have scattered to their home territories. Make sure you know this history so that you do not repeat the scenarios where the State manages to destroy resistance movements as has occurred in the past. During the Green Scare (that took place in the mid-2000’s targeting radical environmental and animal rights activists) the CLDC provided trainings on government repression including the use of grand juries against activists. I guess it is time to dust off that powerpoint and go back on the road to make sure that activists everywhere know their rights, know their history, and are prepared to resist government repression in all its forms.

Make a donation to support our work on behalf of water protectors and other frontlines activists!

[2] 21 year-old Wilansky is a water protector who was gravely injured when malicious cops targeted her with a yet unknown “less lethal” projectile that blasted a hole in her forearm on Nov. 20, 2016 during the police attacks at the bridge. She will face dozens of future surgeries in an attempt to maintain any use of her arm.

[3] “[B]oth agencies admitted they had amassed intelligence on the couple before the bombing.” “Truth Is Still Elusive In 1990 Pipe Bombing”. The New York Times. June 16, 2002. “The evidence supported the jury’s finding that both the FBI and the Oakland police persecuted Bari and Cherney for being bombed instead of trying to find the true perpetrators in order to discredit and sabotage Earth First! and the upcoming Redwood Summer, thereby violating their First Amendment rights and justifying the large award. Simply, instead of looking for the actual terrorists, they persecuted the victims of that terror because of their political activism.” Bari et al. v. Doyle et al.,. Decision and Order, pp. 60-64. United States District Court for the Northern District of California. Retrieved June 17, 2012.